The Future of Loyalty: User-Driven Experience

If you walked into a restaurant but had no control over what you could order, would you go back to that restaurant? What if you turned on your television but could only watch what someone else decided you could watch? How would you like it if you couldn’t customize your phone at all – you could only use the apps and functions your carrier deemed acceptable?

The scary thing is, those scenarios aren’t too far off from the truth. When we walk into a restaurant, yes, we can choose from various menu items, but the restaurant owner ultimately chooses what goes on the menu. Same goes for television programming. We can choose what we watch, but only from what’s broadcast or available for streaming. It’s the same story with your phone – we can only choose from the apps our phone’s platforms will run.

So what inspires a consumer to choose one of these provider-controlled offerings over another? User-driven experience. Let consumers do what they want and of course they’ll keep coming back. There’s no reason not to. The way to accomplish this optimal form of “giving them what they want” is to provide maximum user control with as much user-driven content as possible. How? Follow the data. 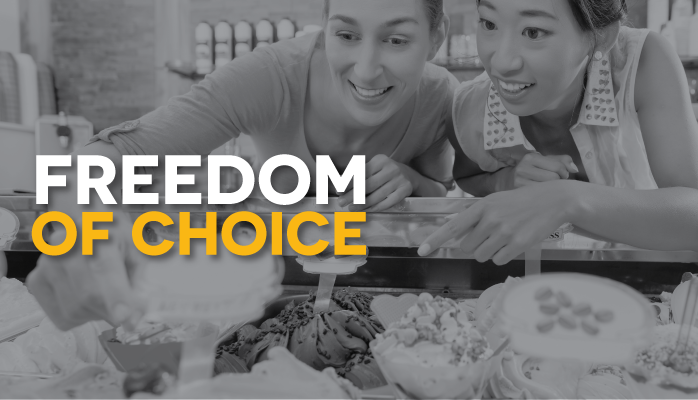 The marketing and analytics departments of major corporations have recently started coming together with startlingly effective results. On the one hand, this merger isn’t exactly new, as marketing departments have always tailored their campaigns to target specific demographics. What’s groundbreaking now is that marketers can target those demographics with laser precision, crafting unique campaigns for particular market niches. This level of precision is possible because everything a consumer does—every link clicked on, every online purchase made, every television show episode watched—can be recorded, tracked and analyzed. Not only that, but information about the consumer is also recorded, tracked and analyzed. This is the key to placing exactly the right content in front of the right consumers.

Taking the Next Step

Niche marketing is the step that makes that one giant leap to user control possible. Freedom of choice doesn’t really exist until consumers can shape and customize their experiences with products and services. Not only does a consumer want to be able to choose which television show to watch, but they also want to be able to choose where and when and how to watch it as well, whether that’s on a big screen television, a laptop computer, a tablet or a smart phone. SEO got it right with the use of targeted ads. Now savvy marketers can do the same but take it a step further by letting users decide what content they’re going to see, as well as when, where, and how they’re going to see it.

The Future Is Now