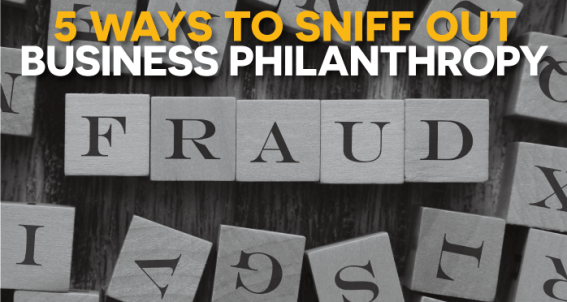 Amid a more conscientious marketplace, entrepreneurs are increasingly interested in conducting business in ways that “give back”—pursuing opportunities that benefit the bottom line while also positively impacting and influencing society at large. Given the extent to which this movement has grown, business owners with this mindset have been coined “socialpreneurs,” embodying a category all their own.

This is a rapidly growing trend and certainly a major win-win for everyone, as attested to by the relatively new advent of the Public Benefit “B-Corporation”—a formal classification whereby a business obligates itself to pursue general or specific public benefits as a primary corporate objective rather than primarily striving to achieve profit or other fiscally-driven mandates, as is the case with other incorporation options. 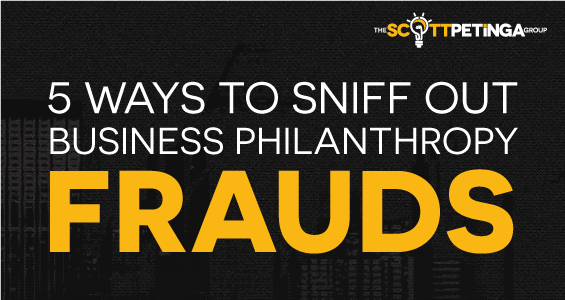 But, the socialpreneur movement is a double sided coin. The upside is that the number of successful and legitimate socialpreneurs is on the rise, impacting communities in exciting ways. The unfortunate opposite side of the coin is that not all socialpreneurs are as altruistic or as active with respect to “giving back” as they claim to be. To be clear, a business run by a socialpreneur is not a non-profit or charity, which is partly what makes it difficult to spot a scam. However, there are tell-tale signs to look for when sniffing out a shady socialpreneur. The following are a few of the ways you can tell the fraudsters from the real deal:

There is no substitute for due diligence. Today’s socially responsible businesses make sure they know where every element of their product or service is sourced from to ensure that source is also conducting business in a mindful manner. If a socialpreneur says they’re using “non-GMO ingredients,” for example, follow up on that claim, which is pretty easy to verify. If reality doesn’t match, or only matches in part (like for some but not all of the products offered), this is a red flag.

A socialpreneur’s socially-oriented business is their passion; it’s who they are, not just a marketing strategy. A business owner might be using all the right jargon and buzzwords but, if their mission isn’t what gets them out of bed in the morning, they’re not a socialpreneur. Someone who’s jumping on a bandwagon doesn’t care about making a difference, they just care about appearing to make a difference so you’ll fork over your money. So beware marketing claims, publicity and other posturing that may be an an attempt to make a company seem more charitable and cause-conscious than it really is.

Is there a direct, visible line between the company’s profits and the benefits created? For example, it’s public knowledge that Dustin McAdams, Founder and CEO of PupJoy, contributes revenue on an order-by-order basis, funding a variety of causes close to McAdams’ heart such as partner animal rescue and adoption agencies. Seek out specifics on what organizations or other entities have benefitted from the would-be socialpreneur’s direct efforts, exactly how they have benefitted, and how they might continue to benefit up ahead. Socialpreneurship is not a “one and done” endeavor.

In a similar vein, this might be a “Captain Obvious” moment, but its significance bears inclusion in this list. If you can’t see an obvious and mutually-asserted connection between the business and the causes it supports, it’s worth investigating where the socialpreneur’s money is going. This will tell you everything you need to know about that socialpreneur and the company. If the money isn’t going to the cause the business purports to serve, and in a notable and sustained way, you’ve got yourself a socialpreneur scam artist at best and a good old fashioned case of fraud at worst.

Who are you going to trust: someone who opens the doors wide open and says, “Come on in and let me show you around!” or someone who opens the door just a crack and says, “I’ll meet you outside.” Socialpreneurs are not just happy to explain their business model, but rather are downright excited. The community of socially-minded companies is always looking for new and innovative ways to do business—and to share their do-good efforts with those who care enough to listen. This is among the benefits of becoming a B-corp. Businesses with B-corp status are automatically held to high standards of transparency, which makes it easy to see they’re on the up and up. Not having B-corp status is by no means a deal breaker, but a socialpreneur should still be more than willing to answer any questions you have.

Above all, trust your instincts. Finding fraudsters doesn’t take brains, but it can often take balls. If something doesn’t pass the “smell test” or feel right, it probably isn’t.

This article originally appeared in the Home Business Magazine on May 8th, 2015.